On safari in Arusha National Park

Arusha National Park is one of the most easily accessible parks of north-eastern Tanzania. Situated between the peaks of Mt. Meru and Mt. Kilimanjaro (less than an hour’s drive from Kilimanjaro airport and only 20 minutes from the city of Arusha itself) the park is home to many varieties of smaller game as well as giraffe, elephant, Black and White Colobus monkey, water buffalo, bushbuck, and over 400 species of birdlife. 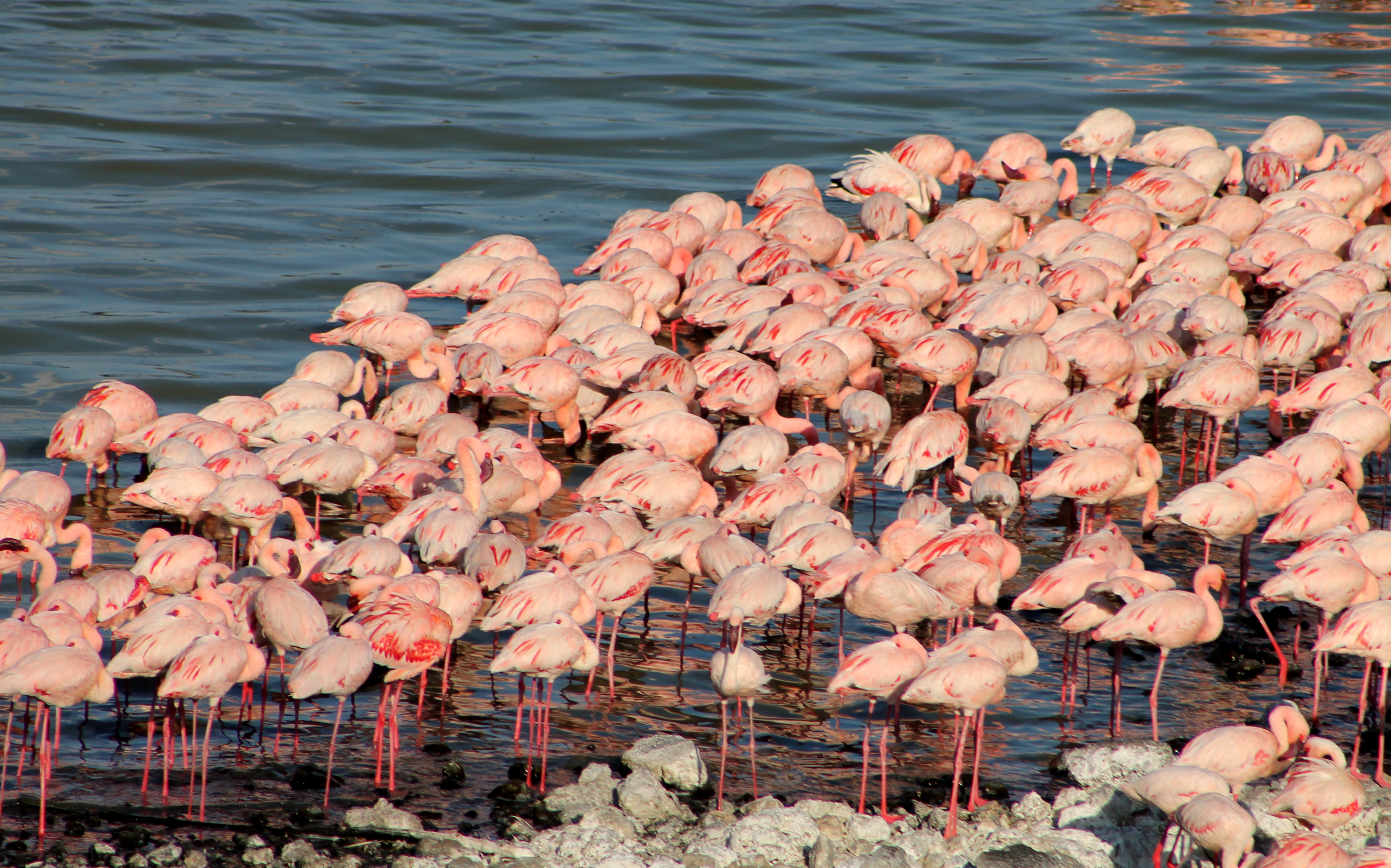 Spotting wildlife while enjoying the spectacular views of Mount Meru and the Kilimanjaro, waterfalls, lakes, swamps and steep cliffs. Driving around the Momella Lakes in the South Eastern part of the Park, surrounded by beautiful woodlands. The lakes are salty and very popular for Flamingos of different species. You can hear them from far. The views of Mt. Kilimanjaro are breathtaking but it is Mt. Meru that dominates the park

The slopes and summit of Meru are only one type of protected habitat in the park, others include the Momela Lakes region and the Ngurdoto Crater, all of which afford spectacular views of the African countryside and wildlife. The lakes are very salty and the animals do not use them for drinking but the high mineral content gives each lake a different colour and each supports a unique array of insect and bird life. The Ngurdoto crater, which measures nearly two miles across, remains undisturbed by humans. The views from the rim are magnificent and a variety of wildlife can be spotted grazing on the crater floor.

Park Admission Fees and all Game Drives are included. The activities below are optional and could be arranged for an additional charge.

A wonderful walk with an armed ranger (because of the animals). You can enjoy the impressive flora and fauna of this area, with waterfalls and huge fig trees. And suddenly you come almost face-to-face with a Maasai giraffe. A species known for their unusually dark patterned colouring and white ‘socks’. And as your eyes get accustomed to the shade and trees; you realise you are surrounded by a whole group who are just standing to stare, intrigued by “the tourists”. Depending on your condition and wishes the walk takes about 2-4 hours. Walking safaris can be as short or as long as desired.

Excursions can also be made to Meru’s summit, which is a popular “practice” run for those whose destination is the peak of Kilimanjaro. Although not as high as Kilimanjaro, the view from Meru’s peak is spectacular and includes a magnificent crater and eruption cone. The hike itself traverses a variety of landscapes including plains, forest and lava desert.

An experienced guide will take you along the shores of Momella Lake. It’s a unique experience to view wildlife from the water. The trip will take about 2-3 hours.

Arusha National Park should be on every bird watcher’s itinerary in Tanzania. Over 400 species recorded in such a small park is quite an impressive count. Momella Lake is one of the best places in Tanzania to see waterbirds: flamingo, pelican, little grebe, a variety of heron, duck and wader are common. Augur buzzard, Verreaux’s eagle and other cliff-associated raptors can often be seen flying above Ngurdoto Crater.

For those on safari, one of the unique aspects of the Arusha area is its dense population. It is possible to experience Africa as its modern inhabitants do by visiting one of the local communities that have initiated grassroots tourism. You’ll be charmed by the authentic African meals, songs and the hospitality of Mama Anna as she demonstrates her cheese-making techniques. You may also be able to purchase coffee – and even help roast and grind it using traditional methods! For a small fee, breakfast lunch and/or dinner can be provided.